Everyone was surprised how sore our upper backs were from the snatch and overhead squat workout Wednesday. I thought my quads might be really sore due to how much they were burning through the second half of that workout.

Got to the gym around 5 to get warmed up. Was excited for this one after watching the announcement last night.

A couple of keys to remember for scoring:

OMG! Got done with round 1 at about 3:00. Went 11-8-6 T2B, unbroken DU, and fast clean singles. Started 5-5 and then I don’t even know what after that. Some 3s and 4s I think. Tripped once or twice on DU. Pretty quick on the single cleans again. I was somewhere under a minute left I think, so that gave me 5:00 to work on round 3. At this point I couldn’t breathe. I jumped up on the bar and holy fuck! I did a lot of singles with way too long of breaks. I was shot. Managed to get in some triples at the end. Those T2B took me forever. Had about a minute left for the DU and finished with 6 seconds on the clock (11:54 tiebreak). Didn’t even touch 225#. I really wanted to get at least one because it would have been a nice jump on the leaderboard over all the tiebreaks that couldn’t lift that weight. No way in hell I’m doing it again though. I’d rather do 16.1 over.

I was absolutely wrecked! Every time I got up and walked around I got light-headed for the next hour. 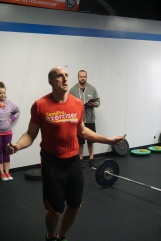 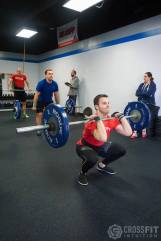 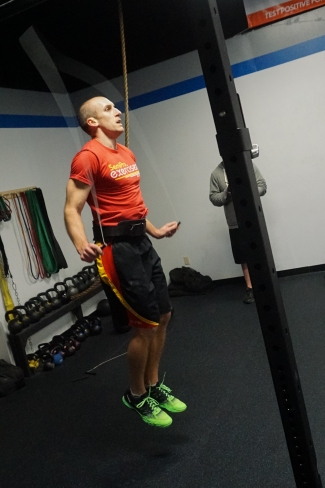 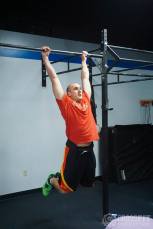 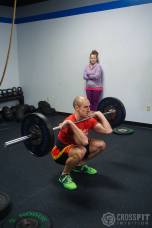